History of Malaga. Phoenicians, Romans, Muslims and the Catholic Monarchs.

The history of Malaga is one of the deepest and most interesting in Europe. Historical remains such as the Antequera dolmens, the Cueva del Tesoro or the Cueva de la Pileta, ensure that Malaga was inhabited since prehistory, although the first people whose impact on the city is known were the Phoenicians, founded in the 8th century BC. the first colony named Malaka.

During the following centuries it became part of the Greeks and the Punic Empire, coming under Roman control in 218 BC. in the Punic Wars.

It was during this period that the city began to grow, with the creation of the Roman Theater and other historical vestiges, even establishing a special code called Lex Flavia Malacitana.

After the decline of the Roman Empire, around the year 411 the Byzantine Empire took control of the Malacitana coast.

The city was the capital of the Byzantine territory of Spania, until they were expelled by the Visigoths at the beginning of the 7th century.

In 711, the army led by Tariq Ibn Ziyad defeated King Rodrigo and succeeded in supplanting the Visigoth State. A new stage begins, lasting eight centuries, in which Malaga forms part of the Islamic world nestled in the Muslim region of Al-Andalus, known as Mālaqa (مالقة).

In this long period, Mālaqa reached more than 20,000 inhabitants.

From this period the splendid Alcazaba, the Nasrid door of the Atarazanas (still visible in the Central Market of Atarazanas) and part of the Jewish quarter are preserved.

As the Caliphate of Córdoba dissolved into various kingdoms, the Hammudí Dynasty made Mālaqa the capital of its own independent kingdom between 1026-1057.

Traces of this stage remain in the historic center and in two of its main monuments: the Alcazaba and the Castle of Gibralfaro. 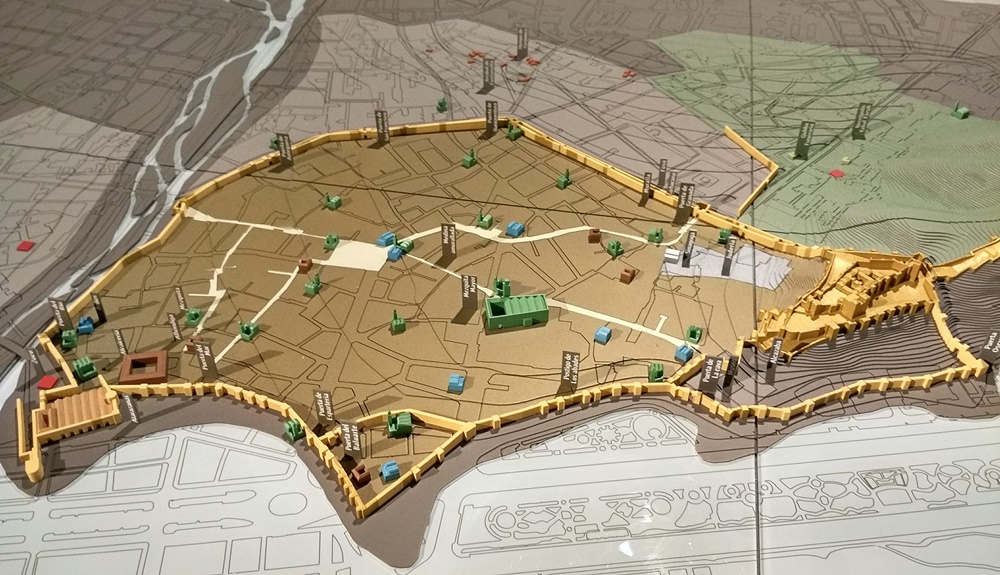 Map of Malaga during muslim period

In 1238, after the death of Ibn Zannun, the last Taifa king of Mālaqa, the city became part of the Nasrid Kingdom of Granada, remaining under the rule of this dynasty until the conquest of the Catholic Monarchs.

In 1348, while the Black Death was ravaging all of Europe, the Alcazaba and the Gibralfaro castle took their definitive form.

End of Muslim period: the Reconquest.

On August 13, 1487 marked the end of Muslim Mālaqa, the Catholic kings entering the medina on August 19th. The conquest of the city was a very hard and definitive blow for the Nasrid kingdom of Granada, which thus lost its main sea gate. The city spread outside the walls, thanks to the religious communities, with the creation of the convents of La Trinidad, Capuchinos, Los Angeles and the Santuario de la Victoria.

In the 16th century, the construction of the Cathedral of Malaga began, on the foundations of an old mosque and the port began to be the axis on which the city revolves.

However, until the eighteenth century the city entered a period of decline and instability, caused mainly by epidemics and floods of the Guadalmedina river.

In 1778, after the decree of freedom for trade with America, the transit of ships increased considerably, which implies a considerable increase in the population.

The city begins to grow and in 1783 the construction of the Alameda begins. Also from the end of this century is the Customs building, next to the docks of the port of Malaga. 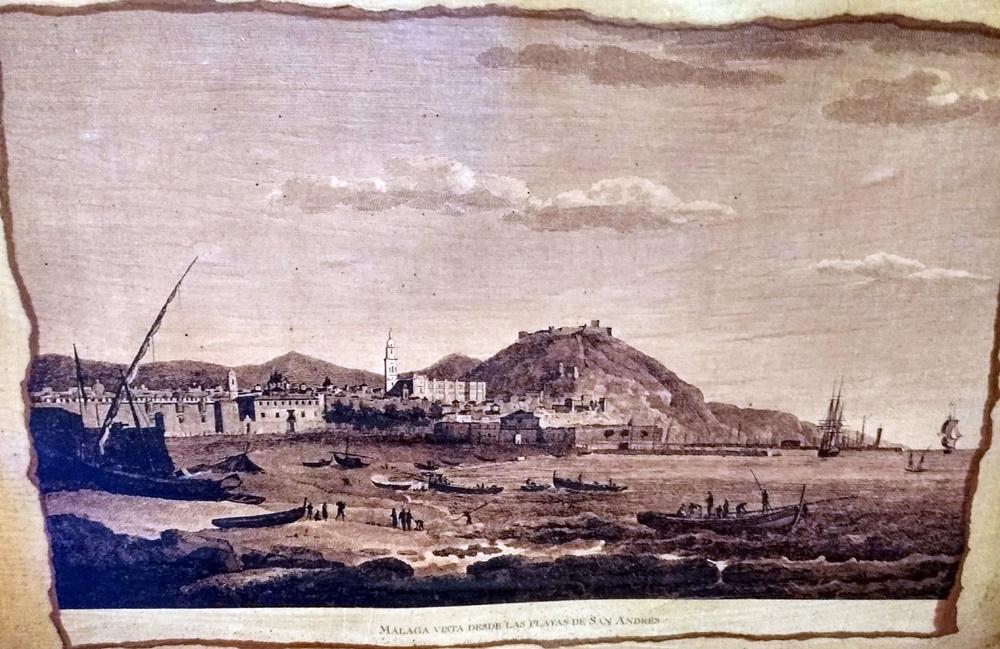 Malaga in history – Print that we have at home.

History of Malaga in the XIX and XX centuries.

Despite the bad start of the century, the second third of the 19th century was a brilliant and prosperous time for Malaga, of great economic dynamism, being a pioneer city in the beginning of the Industrial Revolution, becoming the first industrial city in Spain.

However, there is a strong depression at the end of the 19th century that continues during the first years of the 20th century. Later, another growth took place, creating the Malaga Airport in 1919, although the civil war in Spain would soon begin.

During the Franco regime, the city experienced a strong demographic and economic expansion caused by the tourism boom, creating the “Costa del Sol” brand.

In 1972 the University of Malaga was founded.

Malaga can be considered as one of the five most important cities in Spain, with about 600,000 inhabitants.