Where to EAT in RONDA? My route of BARS and RESTAURANTS

Ronda is a delight to walk around, since it hides many historical corners, but to enjoy your visit you have to include the gastronomic component. So I´d like to show you my route of bars and restaurants so you can enjoy the best places to eat in Ronda and you don’t miss a thing.

Ronda is the first inland destination in the province of Malaga and one of the most famous places in Andalusia, even with international projection in the Asian market.

The town of Ronda is located 100 kilometers from Malaga capital, in the northwest of the province. It has about 34,000 inhabitants and is the second municipality with the most population in the interior of Malaga after Antequera.

It should be noted that due to its location on the plateau and surrounded by mountains, Ronda has a different climate than the capital of Malaga, not to mention the coastal areas, since its location at 740 meters above sea level makes it have a cold winter (even to snow) and a fairly hot summer. Therefore, we must choose well when to visit Ronda so as not to get a climatic surprise. 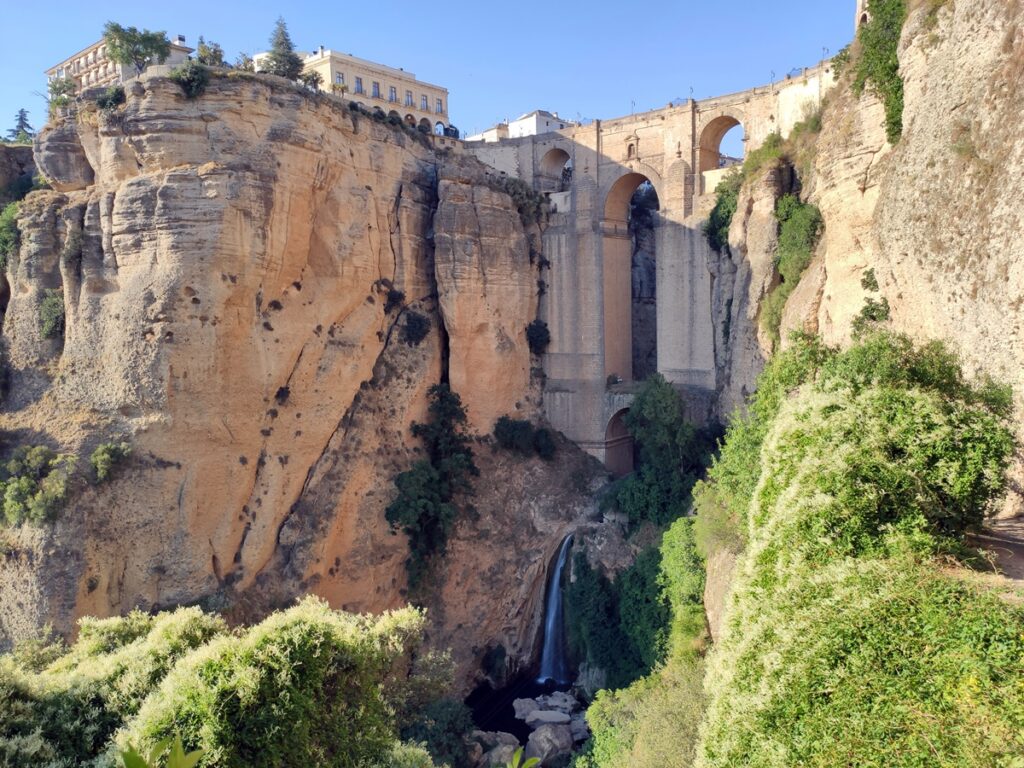 How to get to Ronda?

The usual thing is to arrive in your own vehicle, completing those 100 kilometers in barely 1 hour and a half. The road is the A-357 in the direction of Ardales-Caminito del Rey, to then take the detour to the A-367 that takes us directly to Ronda.

Likewise, we can get to Ronda by public transport from Malaga with the following options:

Getting to Ronda by bus from Malaga.

The best option to get to Ronda by bus is the Damas company that has departures every 2 hours from the Malaga bus station.

Getting to Ronda by train from Malaga.

Renfe offers a train first thing in the morning: 9:10 am and with return to Malaga capital at 7:13 pm.

With these points explained, it is time to start our route to eat in the best bars and restaurants in Ronda.

Where to eat in Ronda?

This is the key question that we will answer with personal recommendations of bars and restaurants, some even with details of what to order to succeed.

Did you know that in Ronda there is Bardal, a restaurant with 2 Michelin stars run by chef Benito Gómez? I’ll tell you about him in the restaurant section.

Obviously, not all the bars and restaurants are there… it would be impossible, but we have tried all of the ones that are and that is why we recommend them.

Here I include bars of all kinds, from some to make a short stop, others to sit down to eat portions, even the combination of several of them can be a success.

In Ronda you can eat cheap and well in most of the bars, but they tend to be quite crowded, so go outside of rush hour (14-15h and 21-2h2) because otherwise you will almost certainly have to wait.

Many of the places have an outdoor terrace, but they usually have few tables and are in high demand.

We start our route with two located near the bus station and nearby car parks.

A perfect place to eat cheaply in Ronda and start our gastronomic adventure in the area. It has an extensive tapas menu (we highlight its famous serranitos), which range from €1 to €2 and also has the typical portions, cured meats, meats or salads.

It also has a huge wine list, both red, white, rosé and typical of the Ronda area. 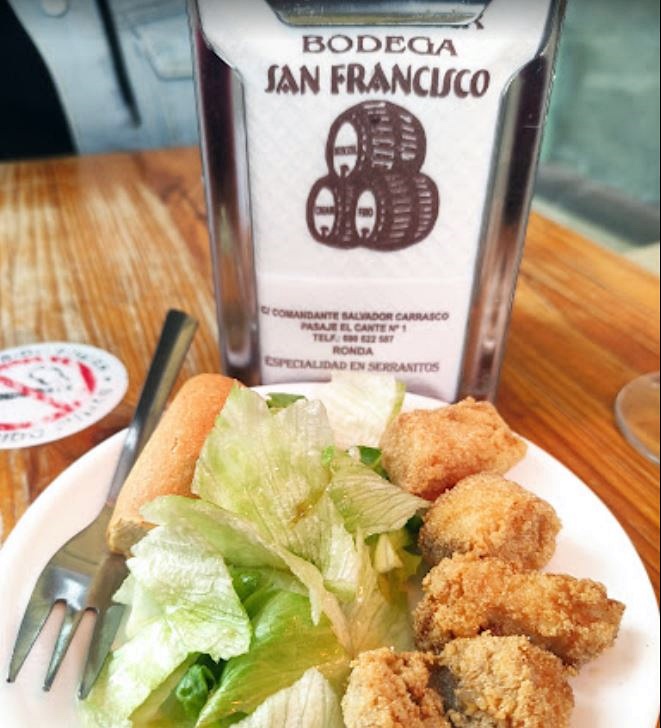 Located right next to Bodega San Francisco, we find the Gastrobar Camelot which includes a similar offer: a wide selection of tapas from €1, although with more focus on tapas with bread, sandwiches or hamburgers.

The combination of both places, the San Francisco winery and the Camelot Gastrobar, can offer us a great start on the tapas route through Ronda. 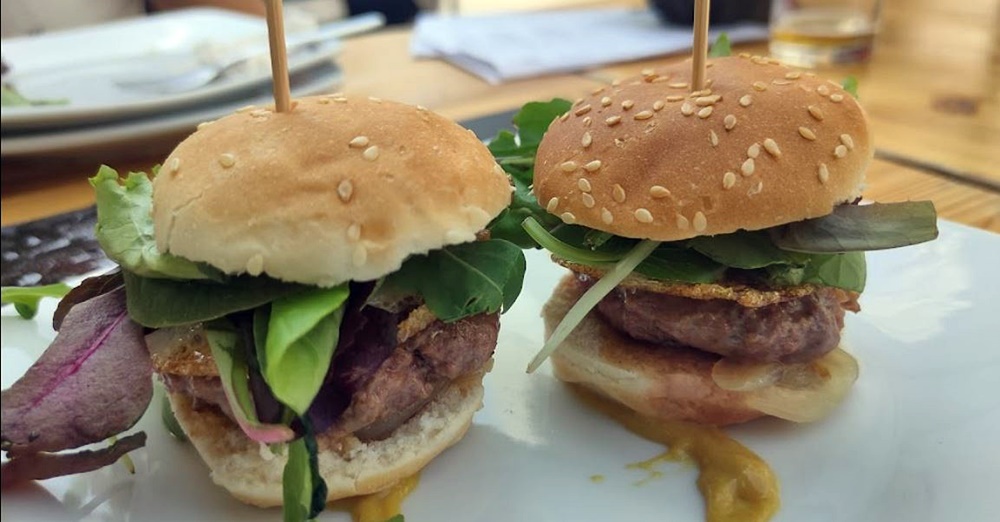 We continue our route looking for a place, Casa Mateos, which goes one step further in its tapas cuisine. We highlight its classics section: fried eggs, mushrooms with prawns, cod fritters and stew croquettes.

It has a shorter menu than the previous ones, but its product raises the level of tapas.

Located on the most famous street in Ronda, Carrera Espinel (better known as Calle la Bola), we find this bar that is well worth a stop.

It has a selection of tapas that are around €3 that you can pair perfectly with some wines from the Serranía de Ronda. If you want to try their dishes or sharing, their risoto and their patatas bravas should be on your list.

And we arrived at my favorite tapas bar for a first time in Ronda, due to the atmosphere and the configuration of the place.

It is an authentic bar, one that should not be missed. It is small, but with a very well used space, although nothing like being at the bar to see everything up close.

The drink is ordered in one part and for the food they give you a piece of paper with all the options and you have to mark the quantity and what you want. Tapas start at €0.90, some are €3 and portions are €6. Spectacular value for money.

Away from the tourist route, but a 10-minute walk from the new bridge and the Tajo de Ronda, we find the Sánchez bar, one of those that I have called a classic bar and that is why I wanted to include it on the list.

It has a wide selection of tapas, montaditos and baguettes, but go hungry because they are usually filling and better presented than you expect. We highlight the calamari burger with alioli and black bread.

And if you want to treat yourself, nothing better than the tapas bar of Benito Gómez, chef of Bardal.

Located opposite Bardal, on the new street, it offers creative, different tapas, with that innovative touch that influences both aesthetics and prices.

It is a perfect place to treat yourself to gastronomy in Ronda. 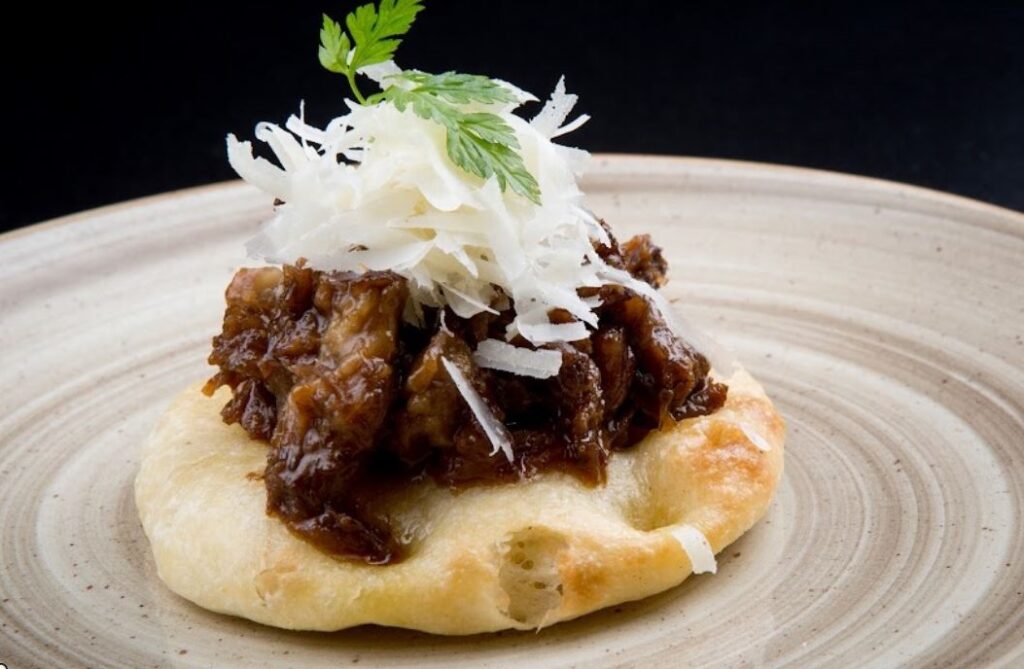 We end the route with a recommendation for wine lovers:

Located in the nerve center of Ronda we find this small space, with just 3 tables at the door and a few more inside, but it has a very remarkable offer of wines and cured meats.

It is a perfect option to make a wine and tapas stop between so many visits to the monuments of Ronda. 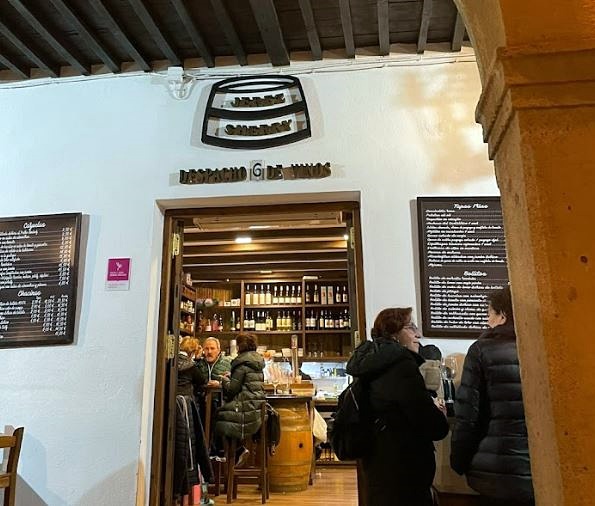 In this section I only include 3 restaurants in Ronda, because they are the ones I have tried and know. I hope, little by little, to expand the list.

Coming to Ronda and not visiting this place is like not knowing the Pimpi on my tapas route through the center of Malaga.

It is one of the gastronomic references in Ronda, but due to its success it is usually full, so you will have to book in advance.

Carmen la de Ronda is an ideal place to try good meat or the migas from Ronda, with egg, bacon and chorizo.

Its value for money, obviously higher than tapas bars, is well worth it. 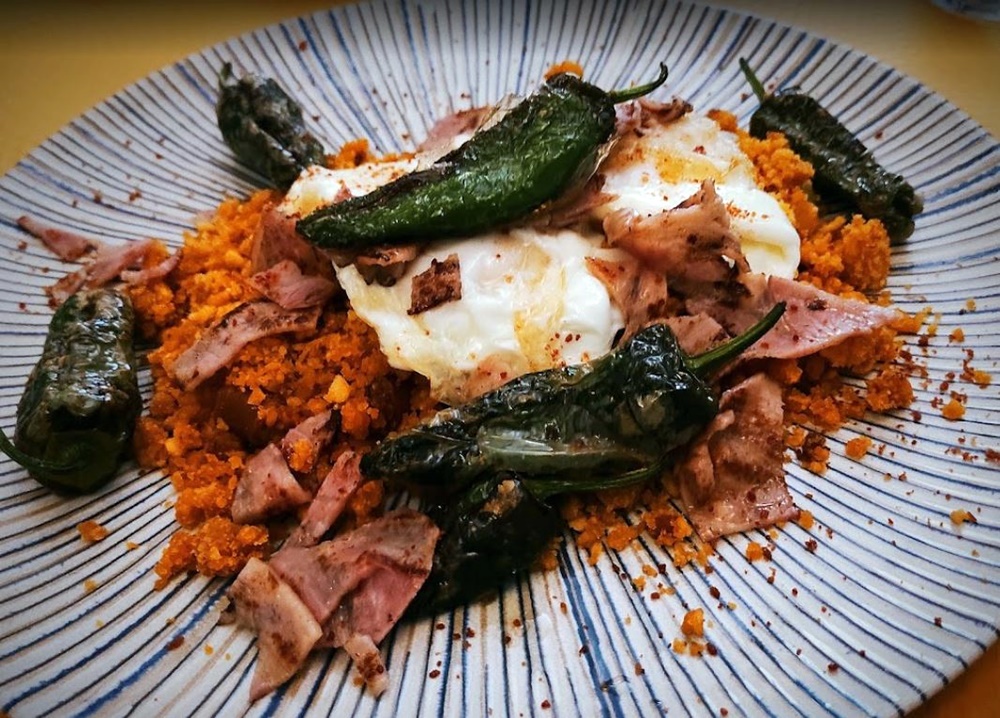 Tropicana is one of the culinary references in Ronda and a perfect option for dinner if you spend the night in the city.

The place is beautiful and the presentation of the dishes is in keeping with the place with an extensive menu, with meat and fish, which will leave you very satisfied.

In 2020 it won the National Award for the best casual restaurant in Spain. 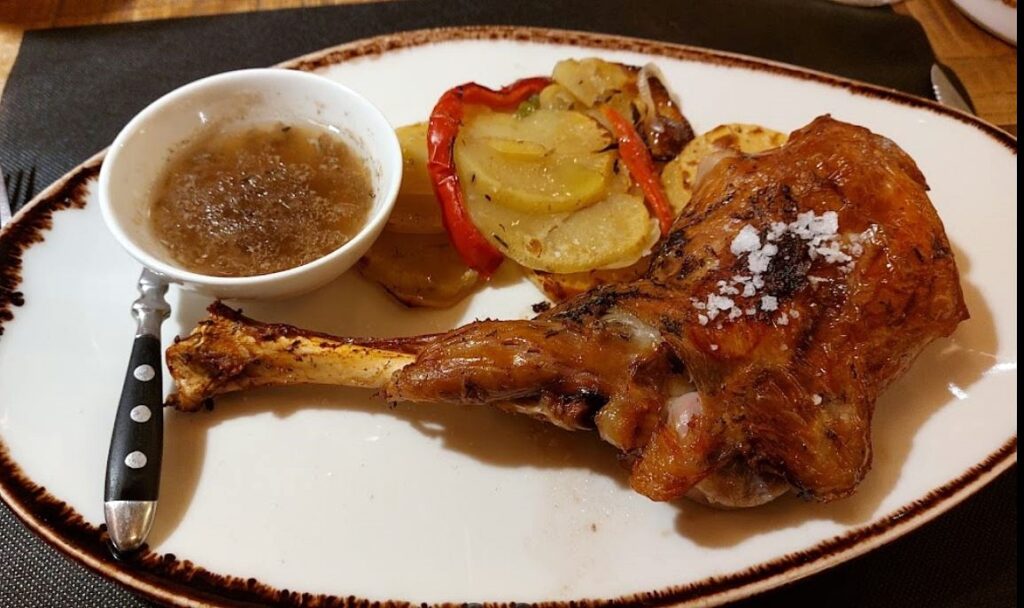 And we leave the star of the crown, never better said, for the end.

As we said before, it is a restaurant with two Michelin stars run by chef Benito Gómez.

I had the opportunity to visit it when it only had one star and I already fell in love with the place, so now the experience will be even better.

If you are looking to treat yourself, a little luxury or eat at the best restaurant in Ronda, you will have to book your table at Bardal and remember to do it in advance.

It is product cuisine, without fanfare, with elegance and care in each dish. And besides, the place is beautiful. 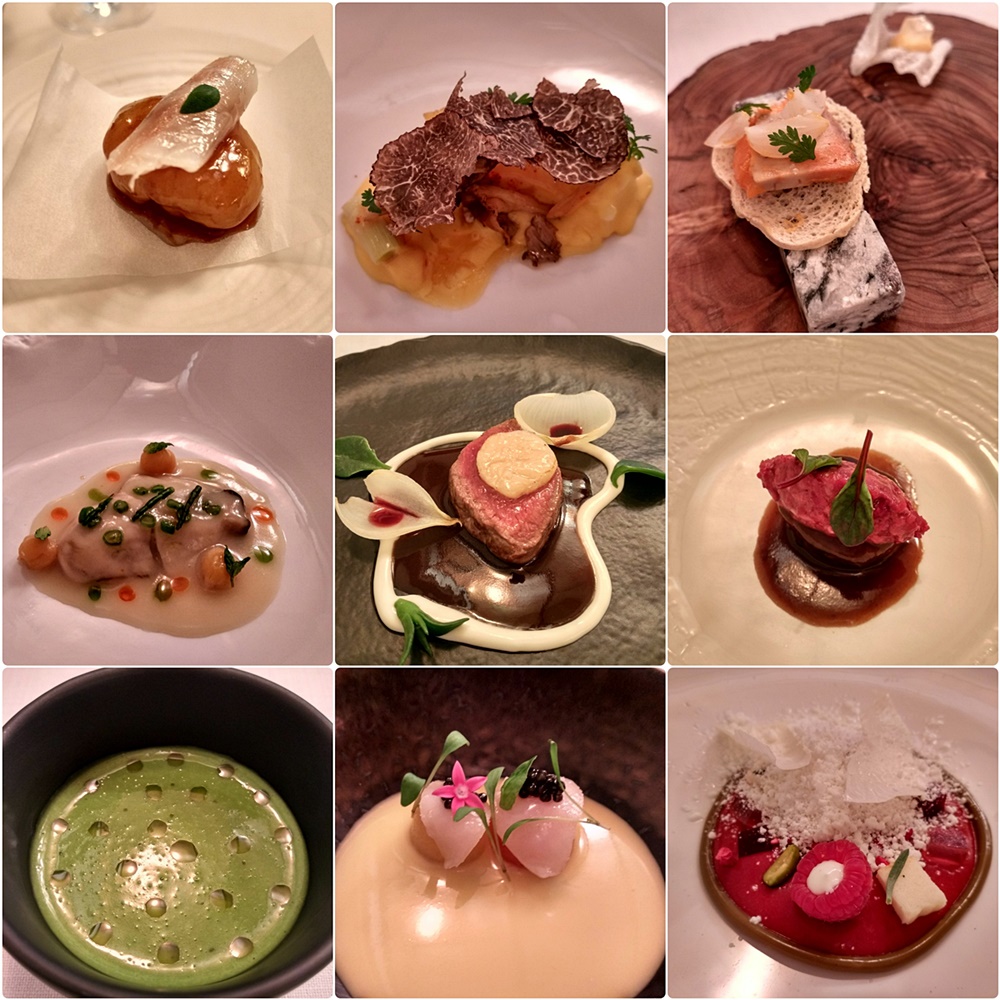 As you can see, the gastronomic offer in Ronda is wide and varied, with meals and prices for all tastes (even cheaper than in Malaga).

Here I have only left you a sample based on my experience. There are dozens more places, which I will include in the list as I try them.

You can leave us your opinions or recommendations in the comments.